Biographical display
Lauren DiCioccio is an emerging artist living in the Bay Area, an hour south of San Francisco. Born and raised in Philadelphia, DiCioccio received a BA from Colgate University in 2002 where she studied art and history. Though academically trained in painting, much of her current body of work employs the medium of embroidery, which she learned at an early age from her mother. DiCioccio has shown her work at venues in San Francisco include: Jack Fischer Gallery, Intersection for the Arts, The Lab and the SFMOMA Artists Gallery. In 2011, her work will be shown in exhibitions at the Bellevue Museum of Art and the Yerba Buena Center for the Arts. 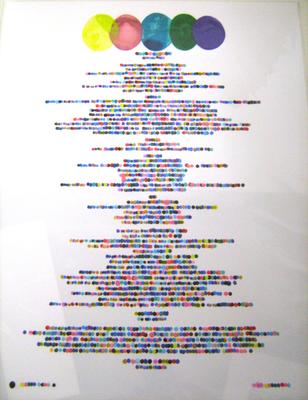